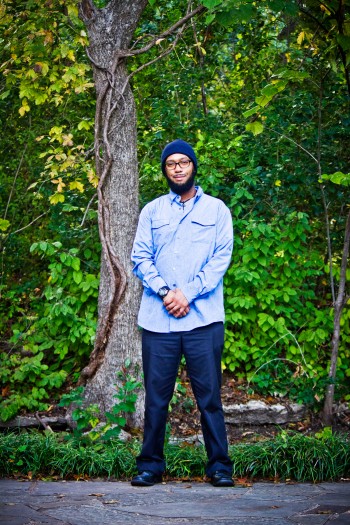 “Being educated is not the same thing as being intelligent.”

***
Get To Know The Stormy Poet

A respected friend of mine once told me something I’ve kept close to my heart ever since: “Being educated is not the same thing as being intelligent. There is no shortage of unintelligent educated people in the world.'” I didn’t fully understand what he meant at first.  But, after years and years of working for people with all types of “alphabets” attached to their title, who thoroughly educated but who also severely lacked common sense and who actually shamed and looked down on their workers for incorporating commonsense into business decisions and practices, what he said couldn’t have made more sense.

Who Is The Stormy Poet?:

When I was younger, I was very socially awkward.  I’m not really sure why I was, but I just remember the majority of my preteen and teen years were filled with sweaty palms, loss-of-breath, and an increased heart rate any time I went somewhere or met anyone new for the first time.  So, that meant I experienced a great deal of alone time, away from others in my room or in the backyard–a lot of time to wonder, explore, observe, and question the wide world around us.

On top of that, I was–and still am–ADHD, which meant I struggled all throughout my school tenure to making passing grades.  Being a kid who had ADHD meant I had to be in the process of moving around–and still do–in order to think linear and coherently.  Sitting still, which is how we spend the majority of our educational journey, in class for long periods and successfully retaining information was a struggle, to say the least.

Therefore, academically, I did poorly or average through much of grade school.  I felt like I was just born stupid, and seeing others easily excel at the curriculum I was struggling with did a number on my self-esteem.

These combined factors made me a very withdrawn person.

However, even though I struggled in the traditional scholastic learning environment, different teachers, throughout my educational tenure, would regularly tell my mother about glimpses of brilliance I would subtly display every-so-often.  If there was something I was genuinely interested in, I would–almost obsessively–learn everything there was to learn about that topic in and out.

For example, topics I became intensely interested in from ages 6-18: locomotive engines, aeronautics, military science, the World Wars (I was awake at 2 AM as a 7-year-old watching war documentaries while everyone else was sleeping in the house), astronomy, rocket science, entomology, the Titanic, geology, dirigibles, zoology (just to name a few a the random topics I became fixated on back then).

This was before the age of Google, so much of what I learned about these topics, outside of what I did happen to learn in school, was from what I learned on educational TV shows like Bill Nye, Battlefield, National Geographic, Nova, etc.  Rather than being forced to learn about these topics by public academia, there were certain topics I became interested on my own and that I actually wanted to explore on my own accord, without having to show up in a classroom at the butt crack of dawn to sit for hours-on-end doing needlessly tedious book work.

After some friendly advice from a 4th-grade teacher about how I could tap into that brilliance that peaked through from time to time, my mother did what I consider one of the best things she could have done to benefit my life for years to come.  Quite simply, she took me to the Duncanville Public Library, and let me loose.  To this day, I thank her for doing that.

Not only was I able to submerge my mind in an ocean of information about the world and about life, but my zest and passion for literature were also ignited.  Locked up alone in my own room, I soaked up as much history and wisdom as I could and, at the same time, became fascinated with the art of English Composition.

What further kindled this adoration was my sister introducing me to Hip Hop at 13-years-old.  The way that the rap artists masterfully bent, stacked, and wielding words with such precision with no formal education was truly astonishing to me.

I noticed the work of literary greats like Robert Frost, Emily Dickinson, Edgar Allen Poe, Walt Whitman, and Shaw featured in the curriculum my high school and community college English classes featured were equally matched in quality and skill by Hip Hop artists like Nas, Rakim, Big Pun, Jadakiss, Eminem, and Twista.  This inspired me to make my own attempts at composing literary art.  I thought if these artists with no formal education were able to write like those who many consider the greatest writers of all time, what was stopping me?

I started off writing about things like nature, my friend, and my family members–like my father who lost his life to alcoholism.  However, the older I became, naturally, I began to date and to explore my love life.  With me not knowing much about what a healthy relationship looked like in my younger 20s–nor any social relationships for that matter–I wasn’t too successful in the “ladies” department.

After being turned down, being dumped, having women not respect me due to me constantly sucking up and bootlicking, and being cheated on, like my most immature and inexperienced 20-somethings men, I became bitter towards women and the world in general, and heartache and “love lessons learned” started becoming the primary themes showing up in my work.

The majority of my artwork merely functioned as a venting mechanism, and I kept most of it to myself.  But, when one of my teenhood friends from the Mississippi coast wrote and published a book about his personal experience with Hurricane Katrina and I saw that his story profoundly resonated with others, him publishing his project taught me, you never know who needs to hear your story and that, in keeping your story to yourself, you just might be depriving someone of an opportunity of reliability or insight.

Therefore, I decided to compose and share my own personal experiences of surviving Hurricane Katrina.

And, after many many heartbreaks and failed relationships, I wanted to know exactly what I might’ve been doing wrong in regards to how I was approaching relationships, and, if it was the other person in the wrong, what was their motive for doing wrong by me?  I decided to study and learn why women and men specifically do the things they do and how and why men and women see the world differently.

Based off the knowledge about romantic relationships I’d obtained through countless hours of research and studying the work of expert relationship therapists and psychiatrists, I began writing about what I learned about where I went wrong in relationships and how I recovered from my own heartaches, and I openly share that information with my own family and friends to help them avoid making those same poor choices I had in the past.

Many of the people I gave romantic guidance to expressed I had quite the knack for doing so and how it had benefited their own situations.  So, I decided to combine my skill of word composition with my wealth of knowledge on what healthy relationships look like, with the intent of sharing that same know-how with an audience outside of my personal circle.

So, now that you’ve learned a great deal of my background, who is The Stormy Poet exactly?  Well, much like a thunderhead, my mind is a vigorously swirling array of life knowledge of a colossally churning flow of a variety of subject matter, in which I use the power of literature to deliver it with lightning precision.  I am a servant of The People, and my servitude consists of me raining down and saturating those in my community and my country with empowerment via the virtue of language art, in whatever form it most constructively conveys a message of enlightenment, truth, love, and/or positivity.

Although growing up with ADHD and social anxiety were two immense hurdles to overcome, without them, I wouldn’t have the honor of being the position of servitude my Creator has assigned to me.  Without ADHD, I wouldn’t have had such a broad curiosity and interest in so many different subjects, and my longing for literature would have never been kindled.  And, without social anxiety, I wouldn’t have spent so much time by myself pondering and examining the many wonders of life.

Furthermore, 2 published books, The Eye Wall (“The Stormy Poet Compositions & Social Enrichment Commentary” site), The Levels of Love (Relationship Guidance, Dating Advice, Romantic Literary Art, Racism & Relationship, Emotional Literacy), and Wordsmiths and Readers of Tarrant would have never come for fruition.  Via these sites I’ve built, I want to openly extend any and every jewel of valuable information I’ve accumulated in my knowledge bank over the years, to you all, The People.

I may not have any “alphabets” on my name title, but I don’t need the permission of our educational system to enlighten myself nor do we need it to enlighten each other.